Since it was established, ENCA has been involved in reporting the environmental and human rights abuses perpetrated by mining companies operating in Central America. The levels of exploitation and abuse have increased dramatically in the last 10 years, and at the forefront of this increase are Canadian owned operations. Sixty per cent of the world’s mining companies are floated on the Toronto Stock Exchange1 and more than half of their assets are located in Latin America, valued at close to C$57 billion in 2008.2 For further analysis as to why this is the case see ENCA 55.

During 2012 ENCA worked to map each Canadian owned mining operation and prospect in order to highlight how prolific this problem is. The map was a very useful tool in helping to visualize the issue and in bringing the problems of mining t a wider audience.

In 2014 Google stopped supporting the API used to build the original map, and this the resource is no longer available. However the mining map begun by ENCA kickstarted a larger project entitled VOZ, which, building upon the work of ENCA, has developed into a global geographical database of human rights and environmental issues

ENCA newsletter 62 features an article about just how ENCA was involed in this process, and the VOZ map can be seen below. 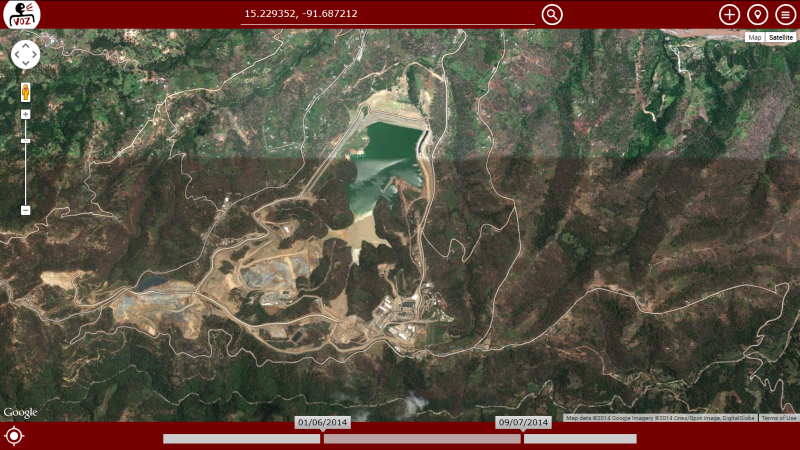